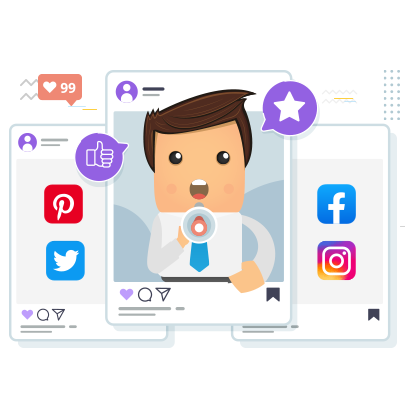 Allows you to install and use this plugin on a single website or multisite installation.
1 year free updates and support included.

Allow users to earn points by sharing your website's posts on social media.

You can set the reward point definition according to each social media type.

Setup Rewards According To The Action Type

Setup reward point definition according to the user's actions.

The myCred Social Share Addon allows you to award your users points every time they share your posts on social media. You can easily set up and manage the points awarding criteria through the presentation method on the website.

Great addon but.. I downloaded for second time for nothing, because you don’t have it updated from the download panel (you have version 1.3), and from auto update its impossible (i update and not update,the same version 1.3 comes out again, please fix this) And i hope you return or recharge my download from my panel because this is your fault.

This addon is sorely lacking in so many things.

First off, it’s a social sharing addon, so what matters first is the social platforms it supports, right?
Facebook, Twitter, Pinterest, Linkedin and Google+. Google+ has been officially declared at shutting down since the end of 2018, so having it on this list is a con not a pro.

So it functionally has 4 social media platforms.

Other major social media platforms such as Instagram, Tumblr, Reddit, Snapchat, and literally dozens of others are not supported.

To make matters worse, some of the share buttons will automatically reward points just for clicking them even though the user didn’t follow through and actually share anything. Other times they seem to not reward even if the user does commit to the share.

There is not much else that can be said, because even though this is a premium addon with a significant price it’s actually pretty thin in it’s features and functionality. It’s also quite a few months behind in what should be considered essential updates. I have to say, I actually regret this purchase.

Only logged in customers who have purchased this product may leave a review.